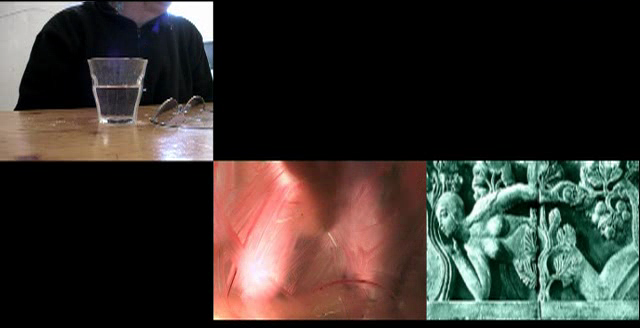 LV 2003-230-VI-18 is a thinking about the normalization of the body through the legislative apparatus. L.2003-239.VI.18 is a french law enacted in 2003 about the criteroins used by the police to determine if a woman if a woman is in a position of soliciting or not (clothes, attitude). L.2003-239.VI.18 law’s efficiency is less about the seeming aim of it than about the self ruling which it suggests: “incite” or the accomplishment of invisible power.

Three women are asked to answer to three questions in this order :


The questions unease the women as they realize the cliché of the descriptions they have just made and how close the three are. The L.2003-239.VI.18 law functions on the subjective identification of a prostitute based upon the physical aspect and attitude. As prostitution is forbidden, the women convinced of passive soliciting can be prosecuted. The elder can only notify the loss of women rights.